The tale of Elgven, Queen of Svellvollir, and her battle to keep the kingdom from being overrun by Ovaria, Bringer of Chaos. Elgven has a loyal war band, a big axe, and having a Frost Giant mother in her favor. At least that's what people say: the blue hair and prodigious height make it seem pretty believable. As for Ovaria, all she's got is an insidious mind, dark sorcery, and a growing horde of berserkers on her side.

After rescuing a fleeing prisoner from a pack of Ovaria's killers, Elgven learns that the Bringer of Chaos is bringing it right to her doorstep. It seems Ovaria has a personal score to settle with the Viking Queen. That strikes her as odd, since they've never met. Still, Elgven isn't one to back down from a fight, so she hatches a plan to bring her face-to-face with the enemy and end the threat to Svellvollir and Norveg by depriving the berserkers of their leader (and Ovaria of her head).
See More See Less 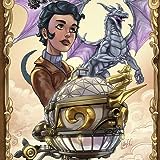 Dragon Whisperer
In a world of clockwork and steam, cursed airship captain, Alexander Faulk, endures his centuries-long quest for an end to his torment: a Dragon! His ceaseless pursuit bears scarce reward, that is until Faulk discovers the bridge between the world of man, 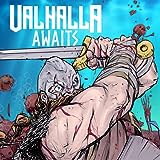 Valhalla Awaits: Part one
Hildr and Erik journey through the Viking afterlife, encountering monsters, strange creatures and the gods of Norse mythology. 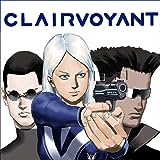 Clairvoyant
For millennia humans have lived peacefully in underground cities governed by AIs. In five years, they will return to the surface of the planet, and the AIs will relinquish power. As final preparations for the Edening start, the peace crumbles. Everyone wants their piece of the future. Detective Rikki Kavich is racing to get her hands on a virus that threatens the AIs. Along the way, she teams up 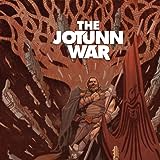 Vikingverse: The Jotunn War
A war as old as time, where fate itself hangs in the balance. In the Vikingverse, the Norse rule the stars with restless fleets and an iron will. But when the thralls rebel, turning to the artifice of Norns to help them escape their bondage, the Natural order is thrown into chaos. The Jötunn War has been fought across the Nine Homeworlds to contain the threat, a battle against the stuff