Superficially resembling 1960s teenage humor comics, Tim Hensley's graphic novel Wally Gropius is actually an acute satire of power, celebrityhood, and modern culture that tells the story of the titular character, who bears a closer resemblance to a teenaged Richie Rich or a classmate of Archie Andrews at Riverdale High than he does the famous Bauhaus architect whose name he shares. Wally is the human Dow Jones, the heir to a vast petrochemical conglomerate. When the elder Thaddeus Gropius confronts Wally with the boilerplate plot ultimatum that he must marry 'the saddest girl in the world' or be disinherited, a yarn unravels that is part screwball comedy and part unhinged parable on the lucrativeness of changing your identity. Hensley's dialogue is witty, lyrical, sampled, dada, and elliptical--all in the service of a very bizarre mystery. There's sex, violence, rock and roll, intrigue, and betrayal--all brought home in Hensley's truly inimitable style. Created during an era when another well-off 'W' was stuffing the coffers of the morbidly solvent, Wally Gropius transforms futile daydreams and nightmares into the absurdity of capital. 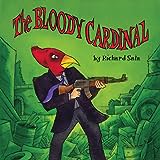 The Bloody Cardinal
In this graphic novel, a series of grisly murders echo the work of the master criminal, the Bloody Cardinal. But, he’s dead! Or is he? He was trapped by police in an abandoned asylum which burnt to the ground. The charred remains found in the ashes were presumed to have been his. However, he left behind a journal which has been tied to a string of violent, unsolved murders. Who is behind these c
Maria M.
This brutal, original crime thriller tells the story of femme fatale Maria M., whose life south of the border is a sordid tale of sex, drugs, violence, and power. When she comes to America for a better life, she marries a drug kingpin, whose son learns Maria’s darkest secret, leading to the most violent gangland bloodbath in organized crime history. Maria M. collects 2013’s Maria M. Book On 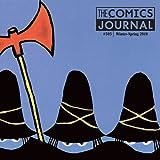 The Comics Journal
The Comics Journal, which is renowned for its in-depth interviews, comics criticism, and thought-provoking editorials, features Gary Groth in frank and often hilarious discussion with the satirist and children’s book author Tomi Ungerer. Ungerer talks about the entire trajectory of his life and career: growing up in France during the Nazi occupation, creating controversial work, and being blackl 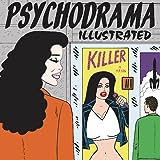 Psychodrama Illustrated
A new Love and Rockets spin-off featuring Fritz and her extended family in a series of stories that bend Fritz's reality. In this issue, Fritz bumps into an old acquaintance of her sister Luba's. The fellow sees great similarities in the sisters, and chemistry between he and Fritz does what it does...