Five guardians protect the multiverse against the chaos that lurks outside the boundaries of reality. There's only one problem: they hate each other.

A mystical nexus, a crossroads connecting all times, all realities. Along the ley lines of the Grid, the multiverse clusters. To move along the Grid is to move from one reality to the next. To harness the power of the Grid is to harness the awesome might of creation.Five touchstone realities exist at focal points along the Grid. From each of these realities, a Warlock is chosen to act as one of five Guardians.

Savasthar, a shapeshifting dragon-like being.

Doomidor, a warlord from the Dark Ages.Argon, an advanced cybernetic organism from a techno-hell.

Together, the Warlocks protect the Grid, thereby protecting all of space and time. They are the last line of defense against the awful forces of chaos that lurk in the darkness outside the Grid.There's only one problem.They hate each other."

Originally created by Gordon Derry and Denis Beauvais, Warlock 5 was published by Barry Blair, a Canadian comic book publisher, artist and writer, known for launching Aircel Comics in the 1980s. A fierce advocate for innovation in the themes, genres, and types of illustrations, Blair helped to bring titles to life that broke the narrative and graphic boundaries at the time - including Warlock 5.
See More See Less 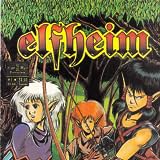 Elfheim
Hawk and Windblade travel to Greenhaven to take the kingdom back from the dark wizard Ichi. 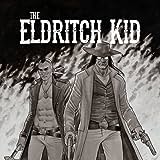 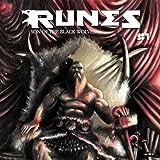 Runes
In 850 CE Alba (present-day Scotland), it is night. A storm rages on the Great Sea and a Viking drakkar is shipwrecked against the cliffs. The only prisoner on the ship, a Northman, miraculously manages to escape. Fleeing from his past, from unforgiving nature and armed only with luck, the man moves into the clearings of the coast. Foreigner and hated in this land, the skilled Viking warrior will 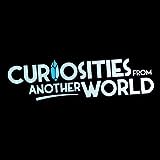 Curiosities from Another World
Welcome to The Hive-a diverse city comprised of twelve independent sectors, each with a unique culture and history. Life in the Hive is difficult and precarious for most of the population, but disease and corruption are about to destroy everything. The future, however, is not predetermined and small changes to individual lives could result in sweeping changes to the fate of the city and its citi