Wasteland Vol. 3: Black Steel in the Hour of Chaos

One hundred years after the world-changing catastrophe known as the 'Big Wet', the city of Newbegin faces its most dangerous challenge yet - an army of Sand-Eaters bent on destruction! Jakob joins the Watch to defend the city, and intrigue grips the council, as politics, religion, and high explosives combine to make a book that The Onion AV Club said, 'Radiates in about a dozen conceptual and philosophical dimensions at once... in essence and execution, it rivals Hayao Miyazaki's masterful epic Nausica'!

Wasteland
A truly epic post-apocalypse adventure, created by ANTONY JOHNSTON (DEAD SPACE, DAREDEVIL, THE COLDEST CITY) and CHRISTOPHER MITTEN (CRIMINAL MACABRE, BATMAN)! Set 100 years after a world-shattering event known only as "The Big Wet", WASTELAND is the story of Michael, a wandering scavenger, who finds a strange talking machine that will change his life forever... with a promise of leading him 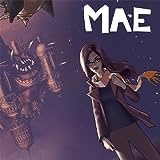 Mae
Mae's beloved older sister, Abbie, has been missing for years. Mae has her theories about where Abbie might be. But nowhere in her wildest imagination do those theories encompass a fantasy world full of terrifying monsters, power-hungry nobles, and nefarious scientists. That is, until Abbie suddenly reappears in Mae's world. And not alone.
Letter 44
There's something up there. As newly elected President Stephen Blades reads the letter left for him in the Oval Office by his predecessor, he learns this stunning secret: seven years earlier, NASA discovered an alien construction project in the asteroid belt. A crew of heroic astronauts was sent to investigate, and they're nearing the conclusion of their epic journey. Don't miss the first chapter 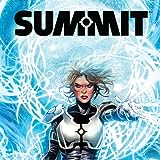 Summit
Valentina Resnick-Baker is the only known surviving astronaut from a suicide mission that saved the world, and the media won't let her forget it. Now a social recluse, Val is seeing visions, hearing voices, keeping a very dangerous power inside her, and the cosmic gift she received from surviving a near-death experience is about to be unleashed. 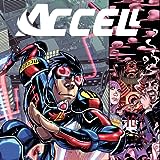 Accell
Catalyst Prime has begun! Daniel DosSantos is a young man living at the speed of life. After gaining powers from exposure to an extraterrestrial object, DosSantos became the rapid action superhero called Accell, the first of a new public kind of self-appointed crime fighter. Unfortunately, there are consequences to moving faster than sound. Accell is about to learn that danger exists on the flipsi