Weathercraft is Woodring's first full-length graphic novel set in the world of his most beloved character, Frank -- indeed, Woodring's first graphic novel, period! -- and it features the same hypnotically-gorgeous linework and mystical iconography.
As it happens, Frank has only a brief supporting appearance in Weathercraft, which actually stars Manhog, Woodring's pathetic, brutish everyman (or everyhog).
After enduring 32 pages of almost incomprehensible suffering, Manhog embarks upon a transformative journey and attains enlightenment. He wants to go to celestial realms but instead altruistically returns to the unifactor to undo a wrong he has inadvertently brought about: The transformation of the evil politician Whim into a mind-destroying plant-demon who distorts and enslaves Frank and his friends. The new and metaphysically expanded Manhog sets out for a final battle with Whim...

Named one of Publishers Weekly's Best Books of 2010

"Weathercraft is a magnificent and slightly wicked little book: a whimsical farce about some of the nastiest, darkest metaphysical stuff there is, a banquet for the eyes that starts growing tendrils once it's inside you." ? Douglas Wolk, Publishers Weekly

Congress of the Animals
A chain of events propels Frank out of the Unifactor and into a world where he is on his own at last; and like so many who leave home, Frank finds himself contending with realities of which he had no previous inkling. "Frank's adventures take place in a kind of Byzantine fun-house phantasmagoria of windows-slash-orifices, faces without faces, and extruded intestines. The spirit is like Disney 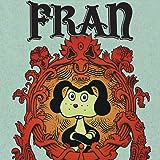 Fran
What is to become of the beloved trilobular chuckbuster Frank now that he has journeyed outside the Unifactor and met his soulmate, Fran? The answer is delivered here in devastatingly unpredictable fashion. Fans of Frank, connoisseurs of bizarre romance, and spelunkers in the radiant depths of graphic metaphysical psychodrama will want to add this singular cartoon adventure story to their lifetime
Jim
Frank is, as everyone knows, Jim Woodring's bestselling cartoon character. Jim, on the other hand, is Woodring's cartoon alter ego, the fictional doppelganger who has for 30 years inhabited Woodring's alternate universe where shifting, phantasmagoric landscapes, abrupt, hallucinatory visual revelations, and unexpected eruptions of uninhibited verbal self-flagellation are common- place. Jim is a mi
The Frank Book
In honor of Frank's 20th anniversary Fantagraphics is re-releasing the massive, long out of print Frank Book omnibus, which collected all the Frank material up to the mid-aughts, including several jaw-droppingly beautiful full-color stories, literally dozens of lushly-delineated black-and-white stories, and a treasure trove of covers and illustrations. The Frank Book also features an introduction