What If: Mirror Mirror

Collects What If: Captain America, What If: Daredevil, What If: Fantastic Four, What If: Submariner, What If: Thor & What If: Wolverine.

What if...Captain America fought in the Civil War? What if...the Fantastic Four were Cosmonauts? What if...Daredevil lived in feudal Japan? What if...Namor grew up on land? What if...Thor was a herald of Galactus? What if...Wolverine was Public Enemy No. 1 in mob-ridden 1920s Chicago? Hacking into the internet of an adjacent reality, teenager Hector Espejo discovers these and other startling stories -- and learns that eavesdropping on a sinister parallel universe can be highly addictive!
See More See Less

What If?
Marvel once again poses the question, "What If...?" What if Peter Parker had been completely consumed by his inner, bestial impulses and became more spider than man in "The Other?" What if the greatest threat in Avengers history had gone undetected in "Disassembled?" What if Wolverine, the world's deadliest killing machine, was never de-programmed in "Enemy of the State"? Professor X's secret squa 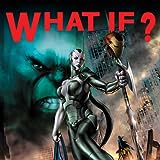 What If? (2007-2008)
Collects What If? Annihilation, Civil War, Planet Hulk, X-Men: Rise and Fall of the Shiar Empire And Spider-Man Vs. Wolverine. Marvel once again poses the question, "What If...?" What if Annihilus had not been defeated in the outskirts of our galaxy, and instead had brought his devastating alien armada to Earth? What if Iron Man had lost the Civil War? What If Captain America led all the heroes 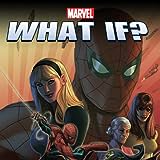 What If? (2010)
Collects What If? #200, What If? Dark Reign, What If? Iron Man: Demon In An Armor, What If? Spider-Man: Grim Hunt And What If? Wolverine: Father. Marvel once again poses the question, "What If...?" What if longtime Avenger Clint Barton, a.k.a. Hawkeye, had killed Norman Osborn prior to the events of Siege? What if Osborn had won the siege of Asgard? What if Wolverine had known of his son Daken' 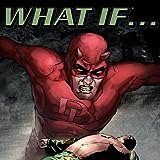 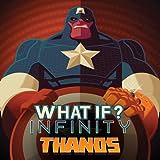 What If? Infinity (2015)
Marvel asks the age-old question "What If?" regarding the blockbuster Avengers event Infinity. Featuring Thanos, the X-Men, the Inhumans and more!