Honoka Takamiya is an average student. Ayaka Kagari, his classmate who sits next to him in class, on the other hand is the class "Princess". Ayaka is tall, strikingly gorgeous and has a regalness to her that almost exudes a royal attitude. Despite their promixity in school, over the school year the two have never shared much conversation...until today. So today as class ended, Takamiya was suddenly attacked by a cat-eared witch and her band of bunny-costumed thugs! And if that were not enough of a shock, this average joe would then be saved, like a Princess by none other than Ayaka Kagari... a witch herself! 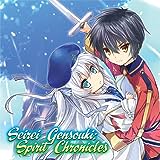 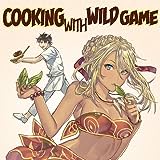 Cooking With Wild Game
Asuta's an apprentice in his dad's restaurant - until corrupt real estate developers set it on fire. After running into the blaze to save his dad's knife, he wakes up in a forest on another planet. Can modern cooking skills keep him alive amongst the natives? Or will his guide and associate, Ai Fa, take him out with his own knife first? There may be strange new ingredients to try, but techniques h 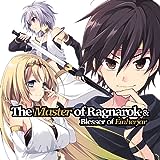 The Master of Ragnarok & Blesser of Einherjar
Some urban legends are best left untested! Yuuto Suoh gets more than he bargained for when he joins his childhood friend Mitsuki Shimoya in testing out an urban legend. When he uses his phone to take a picture of himself with the local shrine's divine mirror, he is whisked off into another world - one heavily steeped in the lore of the old Norse myths. Using his knowledge gained from school and fr 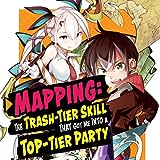 Mapping: The Trash-Tier Skill That Got Me Into a Top-Tier Party
Note used to dream of becoming a top-tier adventurer, but now he spends his days drinking away his profits at the local tavern and reminiscing about the past. Funny a boy with the Mapping ability could get so lost, huh? That's right. Note's dreams of becoming a big name in adventuring died the day he pulled the infamous trash-tier skill Mapping. Who wants to adventure with someone who has such