Featuring Mike Deodato Jr.'s savage artwork in glorious black and white! Old Man Logan is confronted by an enemy from his past! And since his past is a dystopian future, you know this won't be good — but it can't get any worse than the Maestro! Determined not to let history repeat itself at the hands of the Hulk's nightmarish future self, Logan takes matters into his own hands and hunts down the Hulk Gang! But they're not the only familiar faces around: The man who was Wolverine will need an old friend's help if he wants to stay on his enemies' trail. And with Maestro applying his cunning intellect to the next devastating step of his plan, brute force isn't the only weapon Logan has to worry about. Things are about to get angry!
See More See Less 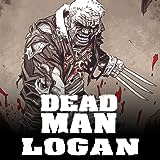 Weapon X (2017-2018)
Decades ago, the Weapon X program produced the deadliest mutant killers on the planet. Now, with more research, more funding and more Adamantium at its disposal, the Weapon X program is creating new killers for old targets: Old Man Logan. Sabretooth. Lady Deathstrike. Weapon X isn't just experimenting on mutants anymore…it's eradicating them. All of them. Plus: Deadlier and more shadowy than eve
Old Man Hawkeye (2018)
Collects Old Man Hawkeye (2018) 1-12. Return to the Wastelands! In a story set five years before the dystopian classic "Old Man Logan," the super heroes have fallen. The villains have divided up the country. Yet Clint Barton still lives! The former Hawkeye is going blind, but there's one last thing he wants to see: revenge for his fallen comrades in arms. And he's setting what sights he has lef
Old Man Logan (2015)
Enter the Wastelands, a realm where all heroes have been murdered by their arch-enemies, and where villains now rule over the land with an iron fist. In the midst of this dystopian chaos, one man may make a difference: a reluctant warrior who was once the greatest mutant of all, a man known as Old Man Logan.