He's the best there is at what he does - and Wolverine's not so bad, either. Now, the debut of writer Jason Aaron's acclaimed and character-defining Wolverine run is collected in one volume! Joined by some of comics' top artists, Aaron (PUNISHERMAX, Scalped) pits Wolverine against an array of twisted foes including super-powered kung-fu gangsters, a platoon of Adamantium-enhanced mercenaries, a broken little man with a very big gun, a nonstop barrage of Marvel's heaviest hitters, and - in a brutal, no-holds-barred battle that may destroy them both - the treacherous, shape-changing Mystique! Guest-starring Spider-Man, the X-Men, X-Force, the Avengers and more! 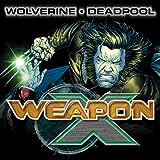 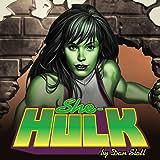 She-Hulk by Dan Slott Complete Collection
Collects She-Hulk (2004) #1-12 And She-Hulk (2005) #1-5. Everyone’s favorite Jade Giantess, She-Hulk, has returned for tons of fun — both on and off the field of battle! As a superhuman lawyer, She-Hulk has tried some of the strangest cases on Earth. But now, Shulkie is heading into deep space to practice Universal Law! And upon her return, the emerald enchantress matches muscles with Hercu 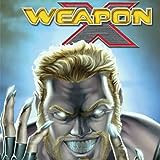 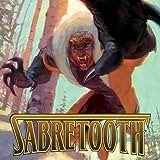 Sabretooth (2004)
The most brutal villain in the Marvel Universe returns! But has he gone too far this time?