From discovering mysteries with scientific wizardry to fighting for justice in exotic lands, Wonder Woman goes on many adventures in this second volume of Golden Age stories about one of DC’s most famous superheroes. Against the backdrop of World War II, the Amazon Princess encounters talking animals, Nazis, Greek gods, criminal leaders, fellow superheroes and more! Follow Diana of Themyscira as she fights for truth and justice alongside her friends Captain Steve Trevor and Etta Candy in these stories written by Wonder Woman creator William Moulton Marston. 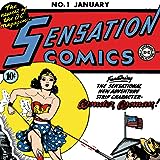 Sensation Comics (1942-1952)
The original adventures of Wonder Woman, the Amazon Princess! These classic stories--written by Wonder Woman creator William Moulton Marston--feature the first appearance and use of many of the identifiable elements of the character, including her longtime sidekick Etta Candy and her magic lasso! 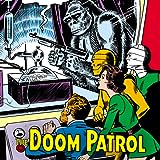 The Flash (1959-1985)
The Flash of the Silver Age races onto the scene! After being doused in chemicals and struck by a bolt of lightning, police scientist Barry Allen became the Flash, the Fastest Man Alive! As the defender of Central City, the Flash battles against his colorful Rogues Gallery, including Captain Cold, Mirror Master and more!
The Brave and the Bold (1955-1983)
Featuring characters old and new and some of the most bizarre, and oft times inspiring team-ups from across the DC Universe! Batman and the Atom! The Justice League of America! The Teen Titans! They are the heroes of the DC Universe. They are the BRAVE AND THE BOLD! 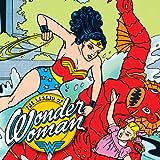