Woodstock might be the smallest of all the Peanuts gang, but he's got a lot to say, even if Snoopy is the only one who understands him. That's because Snoopy is Woodstock's "Friend of Friends," and together they write masterpieces, fly airplanes, find the perfect place to nap, and win over the hearts of readers all over the world. Whether he's falling in love with a snowflake or crash-landing on the tip of Snoopy's nose, Woodstock is the little yellow bird with a big personality. It takes more than a strong wind to ruffle Woodstock's feathers, although it's a good thing he has Snoopy to keep his little yellow feet on the ground. Don't miss out on the newest AMP! Peanuts collection featuring Woodstock, the most recognizable yellow bird in the world-even in disguise!
Charles Schulz's Peanuts is one of the most timeless and beloved comic strips ever. Now AMP! is carrying on that legacy with new collections of Peanuts classics for middle-grade readers.
First published in 1950, the classic Peanuts strip now appears in more than 2,200 newspapers in 75 countries in 25 languages. Phrases such as "security blanket" and "good grief," which originated in the Peanuts world, are now part of the global vernacular, and images of Charles Schulz's classic characters--Charlie Brown kicking the football, Lucy leaning over Schroeder's piano--are now universally recognized. Together these books will introduce a new generation of kids to the lovable cast in time for the new animated Peanuts movie, which hits theaters in 2015!
See More See Less 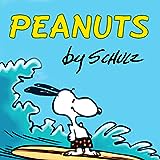 Peanuts by Schulz
If ever there is an iconic comic strip, it is Peanuts. What began in the funny pages in 1950 has developed into an enduring classic. Whether you're persnickety like Lucy, a philosopher like Linus, a joyous Flying Ace like Snoopy, or a lovable underdog like Charlie Brown, there is something to touch your heart or make you laugh in Peanuts. 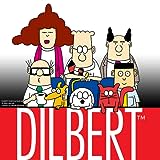 Dilbert
When Dilbert first appeared in newspapers across the country in 1989, office workers looked around suspiciously. Was its creator, Scott Adams, a pen name for someone who worked amongst them? After all, the humor was just too eerily funny and familiar. Since then, Dilbert has become more than a cartoon character. He's become an office icon. No one delivers more laughs or captures the reality of the
Peanuts
Charles Schulz's world-renowned comic strip, Peanuts, takes the stage as a graphic novel! Adapted from the animated special, Happiness is a Warm Blanket, Charlie Brown, this timeless retelling takes us back to the neighborhood and features Linus' insecurities, Charlie Brown's kite-flying woes, Lucy's unrequited love for Schroeder, and everyone's favorite beagle, Snoopy, in a lively and colorful sp 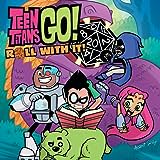 Teen Titans Go! Roll With It! (2020-)
Robin persuades his teammates to start a new roleplaying game of “Basements and Basilisks,” which will definitely not end with them being sent to an alternate dimension. Their new session is so engrossing, they don’t notice when a supervillain takes over their game—and then their city… 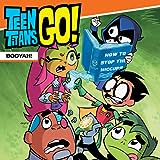 Teen Titans Go!: Booyah!
Can the Teen Titans stop all of Jump City from being destroyed?