Before the X-Men, before the Xavier Institute, before the rivalry, there were two men with very different visions. Before the code names, before the secret identities, before the world learned to hate and fear mutants, there was a young woman whose most dangerous weapon was her mind. Before costumes, before the training, and before anyone had ever heard of "adamantium," there was a frightened amnesiac searching for the truth. Now, the lives of Professor X, Magneto, Storm, and Wolverine collide as the world stands on the brink of genetic war. How do two best friends become arch-enemies? How does a goddess from Africa find her place in the world? How does a man without a past decide mankind's future? All heroes start with power and ambition they must learn to control. All villains start with ideas they believe to be just. And all great legends begin with "once upon a time..." X-Men: Evolution -- In the beginning, there was X! 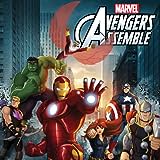 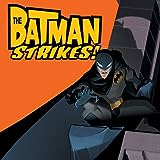 The Batman Strikes!
A spin-off of "The Batman" animated series, THE BATMAN STRIKES! continues the adventures of a young Bruce Wayne in a re-imagined world of Gotham City as he takes on enemies such as the Joker, Catwoman, the Penguin and more! 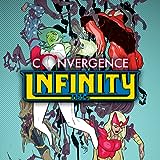 Convergence: Infinity Inc. (2015)
STARRING HEROES FROM CRISIS ON INFINITE EARTHS! The young heroes of Infinity, Inc. must choose between the path set for them by their parents or the one they've set for themselves as they face postapocalyptic Jonah Hex. 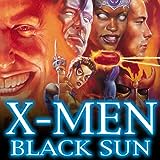 X-Men: Black Sun (2000)
The demon known as Belasco is burning a path around the globe searching for the legendary Bloodstone. With it, he can rip open a dimensional portal, allowing all of Limbo to pour into our world! Enter Storm, Banshee, Sunfire, Colossus, Nightcrawler, Wolverine and the new mutant who took on the namesake of Thunderbird! But can even this team (that first formed 25 years ago in GIANT SIZE X-MEN #1) s