It's double the danger as Sabretooth fights for his life against...Sabretooth!? The X-Men's resident bad boy faces off with his Marauder self. He's blind and down a hand - yet Victor Creed is angling to prove it ain't the prettier killer who walks away, but the one who's willing to go the farthest. Just how far will the reformed villain go? Meanwhile, ever since she got a claw of her own, Kitty Pryde's been feeling...not herself. To put it mildly. And after barely surviving an encounter with the Marauders' secret weapon, the young X-Man feels a strange, inexplicable pull towards the land of the rising sun. Of course, it can't be a coincidence that said secret weapon is also stalking the streets of Tokyo, right? It's gonna take more than just one claw for Kitty to make it through round two!
See More See Less 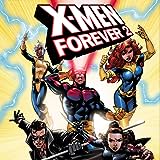 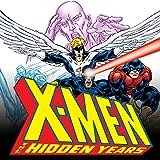 X-Men: The Hidden Years (1999-2001)
What happened between X-MEN #66 and GIANT-SIZE X-MEN #1? This series reveals all! Before Onslaught, before Apocalypse...before the world came to know the X-Men as an international band of exotic adventurers...there were a handful of troubled teenagers and one man with a dream. This series offers readers an easy jump-on point to follow the never-before-revealed exploits of a slimmed-down -- but sti 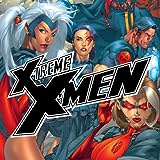 X-Treme X-Men (2001-2003)
The X-Men in an new X-Treme era! Storm, Bishop, Beast, Psylocke, and Thunderbird have been captured--will Sage be able to rescue them? 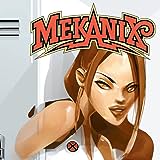 Mekanix
X-Man Kitty Pryde has decided to give up the hero life and enroll at the University of Chicago. Unfortunately, she still lives in a world that hates and fears mutants, and college campuses are no exception.