The biggest and best adventures of Marvel’s mighty mutants — these are the X-Men Milestones! As Magneto’s Acolytes amp up their attacks on Homo sapiens everywhere, the X-teams join forces to put an end to the villainous zealots’ mad crusade once and for all. But has their leader, messianic madman Magneto, returned from the dead? And as a mysterious and fatal disease begins creeping through the mutant community, which X-Man will lose a loved one — and buckle under the strain? Tensions come to a head in the most shocking way possible, culminating in a devastating attack on Wolverine — and a showdown between Professor X and Magneto that must be seen to be believed!
See More See Less 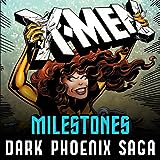 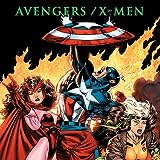 Avengers/X-Men: Bloodties
The X-Men and Avengers head for Genosha where civil war has erupted and Exodus & Cortez have arrived to fan the flames! Can even the X-Men and Avengers combined bring peace to a nation at war and defeat two madmen?
X-Men: Inferno
Mr. Sinister's Marauders attack the X-Men while a horde of N'astirh's demons prey upon the helpless, horrified populace of New York City. And when Madelyne Pryor, wife of Cyclops, becomes the Goblin Queen...all Hell breaks loose.

X-Factor (1986-1998)
The original X-Men reunite as an all-new team with an all-new vision of how to achive Professor Xavier's dream. The X-Factor legacy starts here!
X-Men (1991-2001)
With an ever-changing roster of mutants protecting a world that hates and fears them, the X-Men take on villainous mutant and humans alike for a dream of peace. Whether it’s the Blue and Gold teams led by Cyclops and Storm, or a roster that includes the likes of Sabretooth and Mystique, the X-Men rush head long in battle to save the world time and time again.