The X-Men are in chaos. As the mutant population dwindles, the messianic Hope returns from the future, carrying with her the hope of repopulating the race. But Bastion, a highly evolved mutant-hunting Sentinel robot, lies in wait. He's acquired an alien virus that has allowed him to reanimate and control some of the X-Men's deadliest enemies - including Bolivar Trask, creator of the Sentinels! And Bastion has ordered Trask to kill the mutant detective team X-Factor! Meanwhile, the X-Man known as Magik has been cast into Limbo. Cannonball assembles an emergency rescue squad to get her back home and out of the clutches of the archdemon N'astirh. But when N'astirh bargains with the X-Man called Pixie for the return of her soul, will Pixie be Magik's rescuer? Or her murderer? The threads of the X-Men's future weave together here!
See More See Less

X-Men: Second Coming
CHAPTER ONE Cyclops' faith pays off when Cable returns to the present with Hope, the girl he believes to be the mutant messiah. But will she be the savior or destroyer of mutantkind? 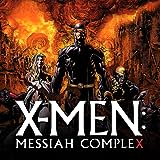 X-Men: Messiah Complex
MESSIAH COMPLEX PART 1 Just when it looked like there was no possibility of a future for mutants, hope arrives. But the X-Men aren't there to meet it - The Marauders and Purifiers beat them to it. Now the race is on to get the first new mutant since the mutants became an endangered species.

X-Men: Legacy (2008-2012)
Professor X is forced to revisit the biggest challenge and the biggest failure of his career: Logan.
X-Force (2008-2012)
Cyclops has assembled a team of mutant warriors to do the things the X-Men cannot. X-Force, led by Wolverine, is tasked with taking down the big threats behind the scenes...permanently. 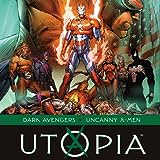 Dark Avengers/Uncanny X-Men: Utopia
UTOPIA PART 1 When mutant riots break out in San Francisco, Norman Osborn declares martial law and sends the Dark Avengers in to quell the riots and take down the X-Men!