A prequel set in the world of Syfy's #1 scripted hit zombie series Z Nation, Black Summer is as bad as the apocalypse gets. A worldwide drought and famine when most of the surviving population dies and turns zombie. As the remnants of humanity cling to existence, fan favorite Charles Garnett returns to send a new team on a desperate new mission: Retrieve a possibly untouched cache of the food substitute Soylent Z from Galveston, Texas.

But when mission leader Israel Johnson and his small team arrive in Galveston, they'll face a threat unlike anything ever seen before in the zombie genre. Featuring Z Nation's signature blend of horror, humor and heart, Black Summer is the start of a new six-issue miniseries from acclaimed writer Fred Van Lente (Marvel Zombies, G.I. Joe) and Craig Engler, based on the long running series Z NATION by Karl Schaefer and Craig Engler.
See More See Less 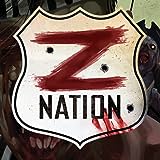 Z Nation
A Z Nation prequel set in official continuity of Syfy and Asylum's #1 hit zombie television show created by Karl Schaefer and Craig Engler! A year after the zombie virus outbreak, a devastating drought and famine set in, killing most of the human survivors. As the remnants of humanity cling to existence, Charles Garnett sends a new team on a desperate quest: Retrieve a possibly untouched cache of 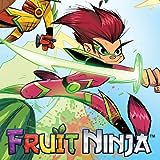 Fruit Ninja
Based on the BILLION-times-downloaded game! The FRUIT NINJAS have mastered the art of Juice Jitsu (no, really) which unlocks hidden powers through the slicing of fruit (seriously) so they can protect their neighbors from time-traveling super-villains! (still with us?) PLUS: An ANCIENT FRUIT NINJAS tale from a thousand years ago, featuring a PIG and a PEACH! PLUS PLUS: A JETPACK JOYRIDE tale featur 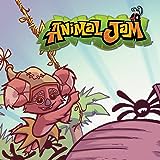 Animal Jam
Hey Kids, it’s Animal Jam! The world’s largest online playground for kids where they can learn about the natural world is now a new and exciting comic! Join in on the fun for all new adventures with all of your favorite characters! 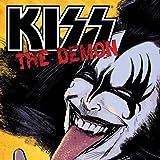 Kiss: The Demon
Before Blackwell, before Morpheus, there was the MUSIC. In a small town in Iowa, three young KISS fans meet at a concert and form their own band, unaware they are about to embark on a journey that will not only change their lives, but also the fate of the world. Prequel to the ongoing series. 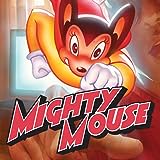 Mighty Mouse
You're the world's greatest hero, exiled to another dimension with no way back. Trapped in an alien world, where not even the laws of physics work the way they should. The only person who even believes you exist is a young kid whom no one will listen to. Yet, you're the shining light that this drab, cynical world needs to restore its color and life. Oh -- and you're a cartoon mouse. Here come