Have you ever gotten something you didn't deserve?

There was a man named Barabbas who did. Not much is known about his story. In fact, all we know is that he lived in 1st century Judea and was imprisoned by the occupying forces of Rome for insurrection and murder. Found guilty in a quick and speedy trial, he was sentenced to die by crucifixion - the most humiliating and cruel death the Roman Empire had to offer. But on the same day he was supposed to die a traitor's death, he met the man who would take his place.

That man was Jesus of Nazareth, who willingly took Barabbas' place - and every other person in the world - to die the death that they deserve. The actions of this Nazarene teacher left Barabbas baffled. He deserved to die for his crimes, and yet Jesus - a man innocent of any crime at all - took his place.

Despite this, one question remains to be answered: how did Barabbas come to lead a rebellion against Rome's occupation of Judea and how did he become guilty of murder?

Join others in discovering how Barabbas led an armed rebellion against Rome in an attempt to free himself, and his people, from oppression. Come discover his untold story.
See More See Less 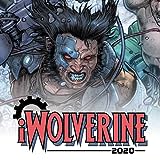 2020 iWolverine
In the wake of Arno Stark’s crusade against A.I.s, no robot is safe. Fearing of Elsie Dee’s safety in these tumultuous times, Albert, the robot Wolverine, goes to Madripoor to find her…but what he finds is a fight against Madripoor’s criminal underbelly instead!
Year Zero
Ben Percy (Wolverine) and Ramon Rosanas (Star Wars: Age of Resistance) team up to present an epic tale that offers a global look at the Zombie Apocalypse. A Japanese hitman, a Mexican street urchin, an Afghan military aide, a Polar research scientist, a midwestern American survivalist – five survivors of a horrific global epidemic who must draw upon their unique skills and deepest instincts to n 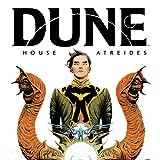 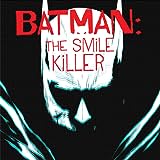 Batman: The Smile Killer (2020-)
It wouldn’t be a Joker story without a surprise…and right on cue, here’s an unexpected one-shot epilogue to Joker: Killer Smile! Young Bruce Wayne grew up watching The Mr. Smiles Show-and the show might have been watching him back! And not only was young Bruce watching, he was listening…listening as Mr. Smiles spoke across the airwaves only to him… The Eisner Award-winning creative team