Zero at the Bone

Series
Zero at the Bone

After witnessing a mob hit, surgeon Jack Francisco is put into protective custody to keep him safe until he can testify. A hitman known only as D is blackmailed into killing Jack, but when he tracks him down, his weary conscience won't allow him to murder an innocent man. Finding in each other an unlikely ally, Jack and D are soon on the run from shadowy enemies.

Forced to work together to survive, the two men forge a bond that ripens into unexpected passion. Jack sees the wounded soul beneath D's cold, detached exterior, and D finds in Jack the person who can help him reclaim the man he once was. As the day of Jack's testimony approaches, he and D find themselves not only fighting for their lives... but also fighting for their future. A future together.
See More See Less 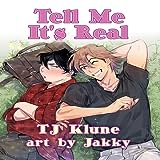 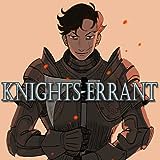 Knights-Errant
Wilfrid is on a quest. A quest for what, you ask? Wil won't say, but being imprisoned in a city under siege has brought any progress to a sudden, grinding halt. Luckily for Wilfrid, there's a prison guard on their side. Unluckily for the prison guard, and everyone else who has the misfortune of meeting this enigmatic vagrant, they'll soon discover the bloody nature of Wilfrid's quest... 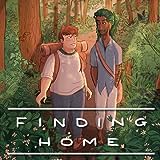 Finding Home
Finding Home is an award-winning LGBTQ comic series, exploring relationships and mental health recovery.
Boy, I Love You: A BL Comics Anthology
Boy, I Love You is a comics anthology celebrating the boys' love genre. Seven stories from seven creators will introduce you to radio hosts, models, mecha pilots, & scientists, and the challenges they'll face at the intersection of life & love.