Angel Lynch journeys across Eastern Europe as she attempts to flee from The King and Tatiana’s supernatural super soldiers, the looming threat of her Father’s puritanical mob of Texas muscle, and a lunatic club of necrophilia cultists—all while still attempting to uncover the spell to regain her human form before it’s lost forever!

Vampblade
When a young comic shop employee is transformed by mystical blades into a walking talking (and slicing & dicing) 90s comic book bad girl, she must quickly learn how to survive the new grotesque world the blades reveal. Now, other-dimensional parasites hidden all around us resembling the “space vampires” from the 90s comic, Vampblade, are all too real, and out for her blood! 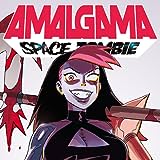 Amalgama: Space Zombie
Now in her own Danger Doll universe series, Amalgama is a mash-up of fan favorites Zombie Tramp, Vampblade, and DollFace - with the powers of all three iconic characters - genetically engineered and thrust into space. She’s a drop dead sexy apex predator on an undead killing spree full of non-stop explosive sci-fi grindhouse action, and her epic cosmic tale begins here!! Collects issues 1-4 f
Dollface
In the town of Boston, a witch-hunter lurks among the shadows, but this witch-hunter is like none you've ever seen. She is Lila, a 17th century soul that has been transported into present time and into the body of a life size, ball jointed doll, created by a couple of MIT students trying to use technology and a 3D printer to create the perfect women. Join in this super-sized debut issue and learn 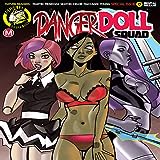 Danger Doll Squad
Danger Zone has three popular monthly titles each starring different deadly ladies, and now for the first time, all three girls come together in one book! Danger Doll Squad zero is the fuse that ignites the explosive upcoming series featuring; Zombie Tramp, Vampblade, and DollFace! An all new crossover featuring our three most popular characters in one special event with covers by three different