When the denizens of Earth's military cemeteries begin to rise from the dead, who will stop them? Over ZOMBIE WAR's two giant-sized issues, Jina, a tough-as-nails fighter pilot sets about uncovering what reanimated these heavily armed monsters and more importantly, what will stop them?! Featuring scripts and layouts by TMNT co-creator Kevin Eastman and art by Eric Talbot (Heavy Metal), this new incarnation will present ZOMBIE WAR in full color for the first time, courtesy of TMNT colorist Ronda Pattison! 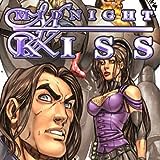 Midnight Kiss
In a shattered multiworld where every dream is one world's reality, Matthew Sable and Nightmare De'Lacy try to keep the balance, facing Angels and Demons, Supernatural Hitmen, Tin Men and Aligator Kings at every turn. But when a 'rational' -- a normal human, unaware of the war within is brought into the fight, Matt and Nightmare must protect him before he discovers what he really is -- or what the 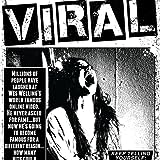 Viral: A Slasher Comic
Wes Welling is world famous for his viral video "Super-Kid"...the victim of the most visible bullying in history...and he's never fought back. Until now. 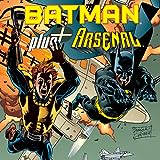 Batman Plus
After the villain Cheshire goes missing, Roy Harper travels to Bludhaven seeking out his old friend Nightwing--in order to get help from the Dark Knight Detective. Arsenal and Batman team up to take on the KGBeast!
Black Orchid (1993-1995)
Spinning out of the BLACK ORCHID limited series by Neil Gaiman and Dave McKean and tying into the Vertigo crossover event "The Children's Crusade," which features a number of powerful youths from across the Vertigo Universe.